What is NG911?
Why is it important?
Kansas NG911
NG911 Standards
Kansas standards
Reading new addresses
What is NG911?

NG911 is a nationwide, standards-based, emergency communications infrastructure enabling voice and multimedia communications between a 9-1-1 caller and a 911 center, and emergency responders in the field.

Anyone in need of emergency assistance will be able to transmit photos, videos and other existing and future forms of broadband data and applications, in addition to voice, to 911 professionals.

This could include streaming video from an emergency incident, photos of accident damage or a fleeing suspect, or medical information, all of which would greatly aid 911 professionals in assisting in emergencies.

Why is it important? 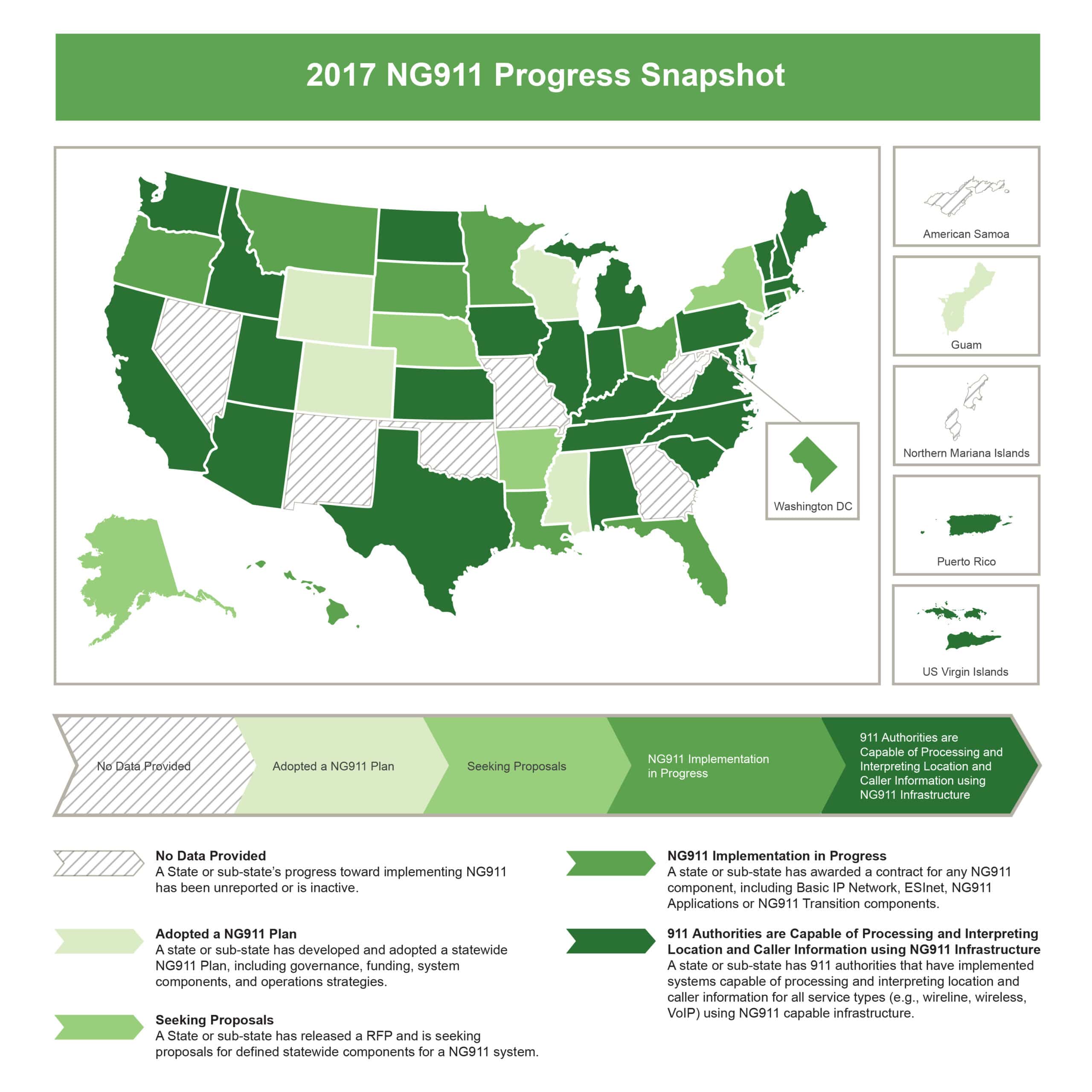 The requirements for 911 data start at the national level. From this level, national organizations, such as National Emergency Number Association (NENA), adopted the standards for every 911 system. The standards are applied to every aspect of data available to a dispatch center.

So, what’s the big deal about having a standard? When responding to emergency situations, those in public safety know that seconds literally mean the difference between life and death. When lives are on the line, the ability to share information between 911 callers, 911 telecommunicators, and emergency responders quickly and efficiently requires a predefined set of rules to ensure interoperability.

One primary role of standards is to have those information-sharing rules known and agreed upon, so that during an emergency everything just works.

In the Kansas NG911 GIS Data Model there are specific address requirements. they are:

The four digit county road 911 address assignments are based on the numerical county road numbers. All roads that run north and south are odd numbered, roads that run east and west are even numbered. This numbering system begins in the south west corner of the county with CR 1200 and CR 1100. The north east corner of the county has CR 6600 and CR 5900. The county roads are based on a grid system, so any roads between this grid are numbered based on their location. A road halfway between CR 4600 and CR4800 (running east and west) would be CR 4650.

With the address of 4650 CR 4300, the first two digits of the house address (46) indicate the crossroad the address was measured from, which would be CR 4600. The numbering considers the nearest county road to the south (moving north). The second two numbers of the house number (50) refer to the distance the house is from that cross road. In this case, 4650 is halfway between CR 4600 and CR 4800 and located on CR 4300.

We use cookies on our website to give you the most relevant experience by remembering your preferences and repeat visits. By clicking “Accept All”, you consent to the use of ALL the cookies. However, you may visit "Cookie Settings" to provide a controlled consent.
Cookie SettingsAccept All
Manage consent

This website uses cookies to improve your experience while you navigate through the website. Out of these cookies, the cookies that are categorized as necessary are stored on your browser as they are essential for the working of basic functionalities of the website. We also use third-party cookies that help us analyze and understand how you use this website. These cookies will be stored in your browser only with your consent. You also have the option to opt-out of these cookies. But opting out of some of these cookies may have an effect on your browsing experience.
Necessary Always Enabled
Necessary cookies are absolutely essential for the website to function properly. This category only includes cookies that ensures basic functionalities and security features of the website. These cookies do not store any personal information.
Non-necessary
Any cookies that may not be particularly necessary for the website to function and is used specifically to collect user personal data via analytics, ads, other embedded contents are termed as non-necessary cookies. It is mandatory to procure user consent prior to running these cookies on your website.
SAVE & ACCEPT